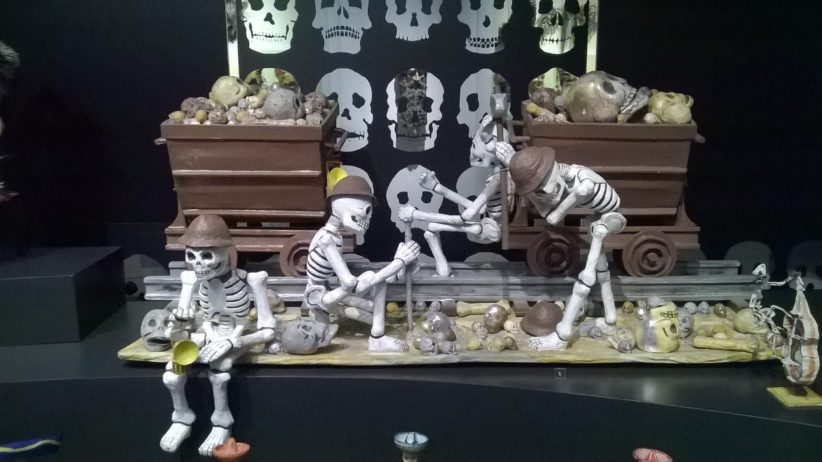 Confessions Of A (Former?) Drama Geek

I was a teenage Madrigal.

The Madrigals were our high school's premiere mixed vocal music group, and our Broadway-influenced musical director made sure we had choreography and a mix of classic and contemporary vocal arrangements to make even the most sedate nursing home audience stand up and pop wheelies with their walkers like the late Don Ameche in Cocoon.

The competition for women auditioning to become Madrigals was fierce, and a position in the group held high social currency within certain drama and performance subcultures at our school.

While my voice was better than meh, my primary qualifying criteria was a Y chromosome. I had participated in a youth choir for a couple of years, but could not read music. I had thoroughly enjoyed theater arts in junior high school (I played the lead role in Dr. Jekyll and Mr. Hyde), but had no dance moves to speak of.

My female cousin, two years older and the family pioneer when it came to academic achievement, approached me a few weeks before I started high school and insisted, "Our singing group needs more men, and we don't have enough of a pipeline. Learn this song - you are auditioning the first week of school."

I did as I was told, landing a prestigious position without fully realizing how lucky I was.

That was my ignominious introduction to the world of vocal music. It eventually led to my participating in high school musical theater and the pinnacle role of my musical career: Avram the bookseller, in Fiddler on the Roof.

You don't remember that role? Nobody does. It may well have been invented at our high school. But it came with a couple of speaking lines, several short solos, and was one big step above the chorus role normally reserved for frosh.

I even landed a lead dancing role in the musical. Who knew I had it in me? My dance partner, an arrogant senior cheerleader who looked me up and down distrustfully before each lift maneuver, certainly did not.

By the time I graduated high school, I had won the Best Dancer award for my moves in Fiddler (it might take a couple of beers to warm up, but I still biddee-biddee-bum on rare occasions) and the Bank of America Achievement Award in Vocal Music - one my wife insists was given for "Most Improved."

In summary, while I came to appreciate musical theater somewhat accidentally, it's a lifetime pleasure I've been able to sustain and pass onto my kids (most recently as we've used the music from Hamilton as both a civics lesson and shared language to foster empathy).

The kids have participated in summer theater programs at our local performing arts center, not because we dream of their being child actors, but because we always figured that a fearlessness of public speaking would translate well regardless of what their future might hold.

Another way we channel our love of musical theater is by treating ourselves to once or twice yearly tickets to performances at this local center, which stages professional productions with high production values for a very receptive audience.

Our center has a strong local flavor embodied by the arts director. He is a hometown boy made good - he grew up here, toured nationally and acted on Broadway, and eventually returned home to accept this position.

He's a tall and friendly former actor turned administrator who looked a very young 50, the kind of handsome you get by breeding a beach volleyball player with George Clooney. He was a congenial presence at every production - greeting you in the lobby as you entered, thanking benefactors on stage before the show began and exchanging a bit of witty repartee at intermission.

Perhaps it was his superb acting skills, but we felt valued at every show we attended. We belonged in this theater, and he let us feel it.

Our family has a particular soft spot for him because when we went to see The 25th Annual Putnam County Spelling Bee, he invited me to play a contestant in the show, leaving my kids giddy with their newfound proximity to stage stardom.

We attended our last show over a year ago, but held May tickets for a revival production of a classic and looked forward to seeing our acquaintance the arts director at that visit.

Then something unexpected happened. Our daughter attended a friend's performance at the center, and returned with a program that showed the director's photo with a dedication. Below the photo, it showed a date of birth and death. Could that be right?

Text from my wife: He did pass away. Cancer.

She found out from the gentle director who oversees the summer theater camp as my wife enrolled our kids. He was caught off guard by the question .

Text from my wife: I didn't even know him, but I feel like crying.

This tiny facet of our life as a family took comfort in the warmth of someone who knew how to make us feel like mini-patrons of the arts that belonged in the theater instead of poseurs with no real knowledge.

We didn't know him, but his absence leaves a void out of proportion, and I don't have a good understanding of why.

Reminder of my own mortality? That seems a possible if inadequate explanation.

I spend a lot of time considering how to use my remaining allotment of years, and other deaths have not saddened me out of proportion.

Perhaps it's that he was in a position to either be judgmental or kind, and he opted for the latter. Sure, it aligned with his financial incentives to keep the seats filled, but it was still a generous choice.

Have you ever mourned someone at the periphery of your life - someone who did you a small and infrequent kindness - without understanding why? I'd welcome your thoughts on the matter to help me sort out my own.