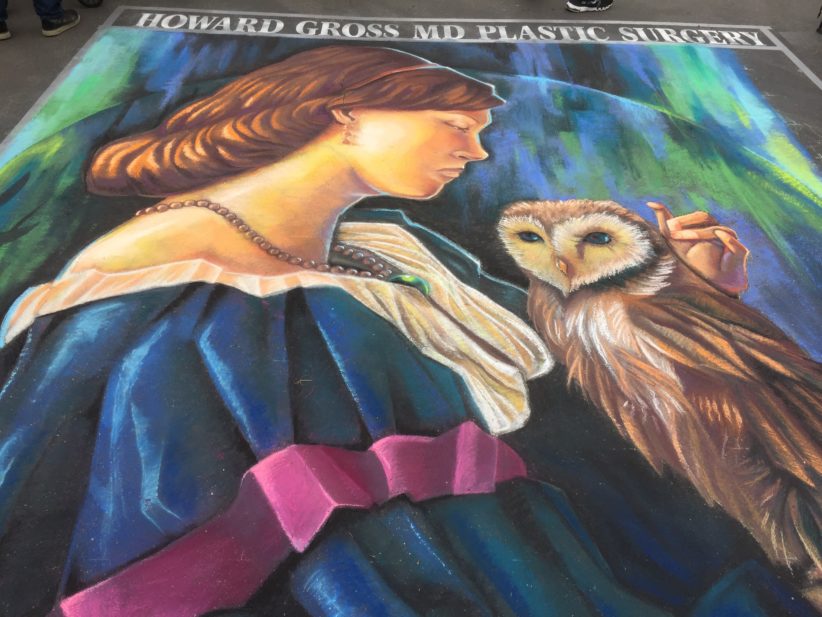 I worked both days over Christmas and the early morning shift on New Year's Day. The period in between was spent visiting my folks in their coastal California enclave. We had a wonderful time seeing my parents and visiting numerous aunts, uncles and cousins in the area.

Children were spoiled, mom's famous Kahlua flan (even more indulgent than it sounds) was consumed with gusto and many rounds of Cuban dominoes were played.

I accepted that I am now a stranger in my home town. It happens.

Visits home have evolved over the years. Younger, visiting-from-college me chafed at the indignity of being asked to replace light bulbs or perform simple maintenance on the house that an easily afforded handyman could do instead.

Older, aching-from-middle-age me understands that dad won't outsource the chores on principle yet can't physically manage the tasks. I now ask for each visit's "honey do" list on arrival.

It helps to have changed my frame of reference. Every visit is an intervention, an opportunity to keep dad off of a stepladder and prevent the type of intracranial bleed that becomes a life-changing event.

The stuff that kills people over 70 who visit the ER is mundane - a loss of balance while cleaning a rain gutter, a box retrieved from a high shelf in the garage leading to a broken hip. The road to catastrophic impairment is born of fundamentally pedestrian events.

I'm not a natural in this new role as adult child keeping an eye on his aging parents; I regress to my worst tantrum-prone kindergarten self around my folks an embarrassing percentage of the time.

I care more because I fear more. I feel on the hook for ensuring they are prepared for what physician-writer Atul Gawande has called the one-damn-thing-after-another phase of deteriorating health begins its downward spiral in earnest. I want to enjoy the time before it arrives, and that means practicing patience and compromise.

They helped me soar out of the nest. Now it's on me to ensure they remain functional in it as long as possible.

Bird Walks of Christmas Past

A visit to my parents' nest used to mean a walk around the neighborhood with dad, each of us armed with a pair of binoculars, to take in each season's birds as if we were visiting neighbors. We knew the familiar laughter of acorn woodpeckers, the sight of California quail nervously crossing a street, the drunken flight paths of turkey vultures riding thermal currents, and the visual splendor of hooded orioles announcing the return of spring from atop distant palm fronds.

The bird walk tradition began when I found my freshmen year roommate, a lacrosse playing Grateful Dead lover, unexpectedly poring over a Petersen Field Guide in our dorm room one day. Turns out his father, an environmental attorney, was a big shot in the East Coast Audubon Society.

I borrowed his guidebook, picked up the binoculars an aunt and uncle had gifted me for graduation (ostensibly for college sporting events) and developed new eyes with which to view the world.

Dad saw me taking morning walks, and asked if he could join me. It became our regular time away from my siblings when all of us visited home. Later, as I returned on solo visits and my siblings scattered to various geographies and responsibilities that made overlapping visits more challenging to schedule, Mom would occasionally join us.

Dad gets profoundly short of breath with minimal exertion these days, and can't manage the 2-3 miles around the neighborhood. Mom, who joined us some of the time, has osteoarthritis that limits her mobility to a similarly constricted radius.

The best we can share are Anna's and Allen's hummingbirds that come to a feeder in the window by the kitchen sink.

My daughter surprised me this past August when, on a family trip to central California (to celebrate my parents' anniversary), I mentioned I'd be waking up early to hike some nearby coastal trails that sounded intriguing. She asked if she could join me, and if we could keep it to just the two of us. My son seemed fine with it, so it was agreed.

Those mornings were golden. Fog-shrouded walks along haunted, dripping clifftop paths overlooking turbulent waters one day, blinding emerald trails crossed by deer tracks the next. It was wonderful, and I assumed it was a limited time offer.

During this visit to my parents, I mentioned I'd be walking early in the morning once more, and my daughter immediately expressed interest in joining me. It would be just the two of us.

We woke before the rest of the household and caught the sunrise reflected in the clouds. I pointed out the abrasive squawk of a scrub jay (heard before it was seen) and the nervous scout quail who edges forward before signaling to the brood that it's safe to cross the open road.

We passed a corral with two white horses, an unlikely suburban Greek orthodox church with whitewashed walls and a blue-tiled dome that was conspicuously not on a cliff overlooking the Aegean, and a pair of eucalyptus trees where a home owner once pointed out a sleeping barn owl he'd named Helmut a decade ago.

Unspoken but understood was the passing of the torch.

It was a beautiful inheritance, and it was ours alone.