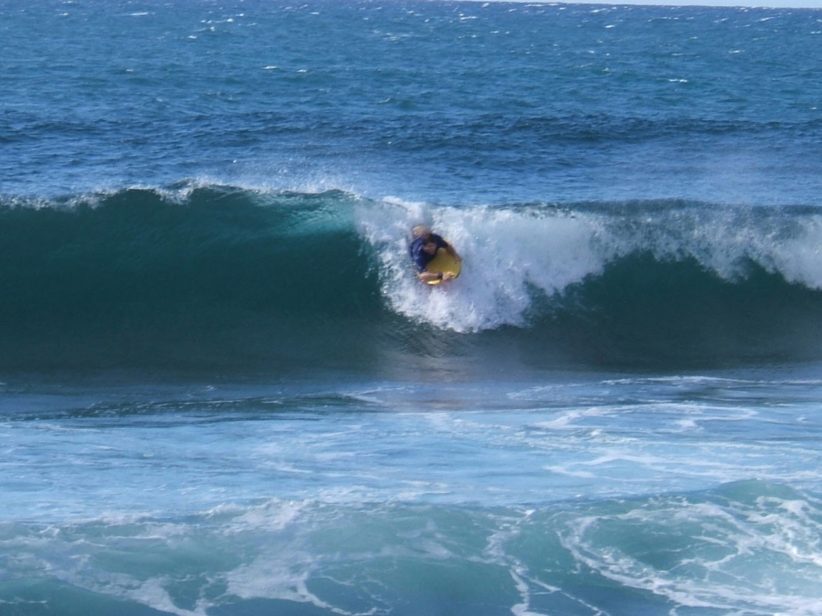 The math of wealth is based on earning, saving and investing.

The art of feeling wealthy is about the stealthy accumulation of marginal gains, disciplined spending habits based on parsimony, and relishing the weight in your pocket of those small figurative and literal coins others will not deign to pick up.

Someone tried to shame me at the beach yesterday

It is conventional wisdom in my area that many tradesmen and wait staff will not show up for the job on days with a decent winter swell, because they are surfers first and foremost. No beach rat gets excited over puny 2-3 foot surf. Yesterday, young and nubile surfers showed up for work and held their noses as if the waves were not just inconsequential but covered in excrement.

Their trash was my treasure. There was slight texture to the water with gentle offshore winds, the water was clear enough that sand bars were visible 6-8 feet below each wave as it formed, and no one else was in the water when I arrived at 8:30AM.

I've been bodyboarding since I was 16 years old. For those not in the know, bodyboarding is the pretentiously more dignified term for what is colloquially referred to as using a Boogie Board, a distinction as completely insignificant as that separating the terms facial tissue and Kleenex.

It's hard for a middle aged man to refer to a foam toy by its borderline pervy sounding 1970s brand name without feeling his testicular volume decrease at an alarming rate - so bodyboarding it will be for the purposes of my writing.

I suited up, put on my fins, and was about to enter the water when a silver-haired 70-something man walking alone on the shore stopped in front of me and, with the chiding smile of an ex-high school jock who missed the blood sport glory days of picking on smaller kids, asked me: "When are you going to get a board?"

Caught off guard by grandpa's condescension, I mustered a flimsy, "Maybe someday? I'm pretty happy on my sponge for now."

Grandpa must have realized the absurdity of the situation he'd created, and quickly backpedaled: "Well, if you're happy, that's what counts."

Frugal shaming is a means of enforcing social conformity

I get asked variants of this question about most of the choices that have lead to either the math or the art of growing wealthy:

When are you going to ditch the beater and treat yourself to a doctor car?

When will you try the $300 prix fix menu at Fudi Du Jour?

When will you start wearing new designer clothes instead of thrift store castoffs?

When will you buy family passes to Disneyland instead of taking family hikes?

I've come to embrace the "other" identity that accompanies rejecting standard social narratives. It can chafe at first, but eventually you are granted dispensation by those in your circle, who begin to warn others that the usual rules do not apply to you.

The benefit is that as you establish a reputation, those who approach you self-select for a similarly unconventional chosen narrative.

Turns out the folks attracted to your beat also like the way you dance.

Precisely the folks I want at my party.