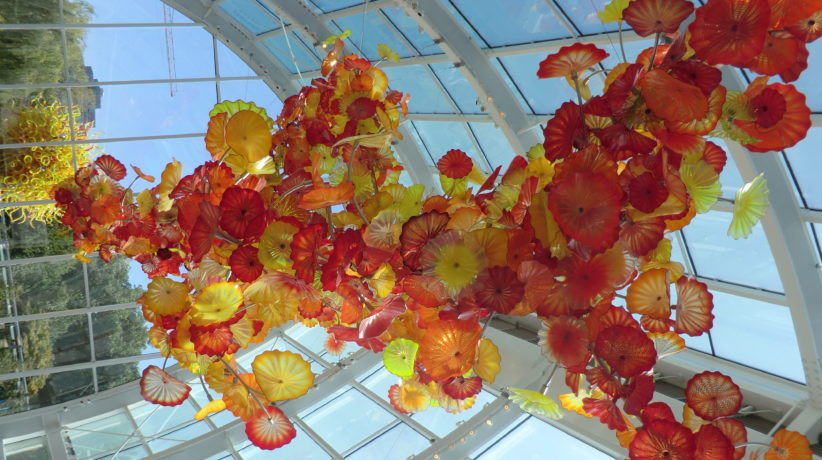 Vagabond MD is a practicing radiologist who holds the unique position of having sat on both sides of the part-time medicine negotiating table. As a former Department Chief, he was the decision-maker tasked with weighing the interests of physicians who sought to cut back against the interests of  the group as a whole.

As a physician who struggled with burnout, he ultimately adopted a strategy of part-time work that enabled him to thrive in his medical career and in life. I asked him to share his insights straddling both sides of the issue. I think you’ll agree he hit this one out of the park.

CD invited me to share my perspective both as a Department Chief*/Head of Practice (I led my group and Hospital Department for 8 years) and also from that of a physician who was able to transition to a part-time role, and I jumped at the chance.

For background, my experience is that of as contracted, hospital-based radiologist in a democratic group, which probably translates reasonably well to the other similar contracted services (EM, Anesthesiology, etc.) and perhaps to other roles where docs are working shifts (Hospitalist, ICU?).

Where there is perceived “ownership” of patients and established longstanding doctor-patient relationships (if this even still exists) centered around primary care or surgical procedures, my advice may or may not stack up as well. In other words, your mileage may vary.

(* for the rest of this post, I will use “Chief” to represent the decision-maker for the part time arrangement, whomever that may be)

1. Provide a service that your department or practice wants, needs and/or cannot do without.

While I am the first to agree that no individual is truly indispensable in our increasingly throw-away medical professional culture, it is true that some colleagues are clearly more dispensable than others. When I was the Chief, I had a total of three part-time radiologists in my practice, at one point working simultaneously. All three served important subspecialty niches that we would have struggled to survive without and were simultaneously difficult to fill with a new hire. At another point, we employed two full-time Interventional Radiology (IR) partners but ideally only needed 1.5 full-time equivalents (FTEs). When the senior IR partner dropped to 3 days per week, it was really a win-win.

If it is not a specific skill niche, you could find other pain points for your practice. Are weekends or nights difficult to staff? Be the one who does more than your share of nights/weekends. Is there a certain facility that is out of the way or otherwise unpopular with your colleagues? Be the one who makes it a priority to work there (and not complain about it). Are there services that your practice has wanted to add but has not had the person or time to do so? Be the one. Figure out how you can make the lives of your colleagues better or take a headache away from the Chief, and you will make it easier to approve and maintain your part time transition.

I have been preaching to MD colleagues for years that other than your professional acumen/talent, your network is your greatest professional asset. This might include colleagues in your specialty (inside or outside your practice), friends from residency, referring docs, docs to whom you refer, administrators, non-MD support (nurses, techs, transporters), business partners, etc. Building relationships with the people that you support and the people that support you in your daily professional life will pay off big time (and makes work more enjoyable, too). I see too few docs making the effort to develop their networks beyond a referral base.

If you are a master of important relationships with others in your professional ecosystem, it will be very difficult (and foolish) for your Chief to deny your part time plan. Of the three part time examples referenced above, one of the part time rads lost her job when multiple relationships that she previously owned started to sour (mostly due to the diminishing quality of her work and overall loss of enthusiasm for practicing). Despite her decline, a couple of her most loyal supporters, referring orthopedic docs, were very disturbed when we cut her loose.

Ed: Vagabond is spot on. The director who hired me at my current job remains close with an ED tech who has worked for three decades at the same academic hospital where the director completed his residency. Before extending a final offer to any graduate of that residency, the director would check with this tech to see how the physician candidate treated non-physician team members. More than one star interviewee was not extended an offer based on feedback received from this highly regarded judge of character.

3. Understand your job market and your value.

This goes without saying, but if there is a bumper crop of candidates in your field, you will be less likely to set the terms of your engagement. In fact, if you have a contentious relationship with your partners (see 2 above) and bring nothing special to the table (see 1 above), this might be the opportunity that the group has been awaiting to replace you. If you are minding 1 and 2 and working with a lean job market with ample opportunity elsewhere, your Chief will bend over backwards to retain you.

In my third part-time example, we were able to hire a star mammographer from another practice, where she was undervalued by her group and treated poorly. At the same time, we made her a very sweet part-time deal, one that no one else could have, because we desperately needed her skill set and someone to take our breast imaging practice to new heights.

4. Make it temporary (but renewable).

This advice is largely geared toward the established mid-career partner who desires to cut back, rather than the newbie fresh out of training. There is a well-founded concern out there that once the middle age or older partner goes part-time, his/her work quality and attitude will also take a cut. Being saddled indefinitely with people like this is poison to any group. We have all worked with them at some point, zombie colleagues, seemingly just hanging around for the paycheck.

My solution to this is to make the arrangement temporary, a time-limited agreement for perhaps two or three years. This will allow the practice to painlessly part company with you if your work declines or they decide to move in a new direction. The other side of the coin is that, presuming you want to work 5, 10, 15 years longer, it puts the onus on you to be the one who decides when the relationship ends.

I bristle when someone refers to me as semi-retired; I call it part-time. I do not feel even 1% retired. Instead, I have developed the mindset that I have to continue to earn my job, everyday. I am developing new skills and adding new modalities to the practice. I am also the most productive person in the group, per FTE, and am more productive by RVU’s than one-third of the full timers. What Chief is going to ask that guy to walk?

5. Don’t squeeze every possible penny out of the deal.

Again, this applies more to the station of the mid-late career doc, one who is presumably not as dependent on income and terms. I recommend that you do not take a hard negotiating stance. Round the percentages in favor of the group (be it call, nights, pay, benefits, etc.). If you can do the work of 0.75 FTE with only 50% compensation, you are making them money. Make yourself a bargain, so when the group is considering keeping you on as a part-timer, in addition to 1-4 above, you are an asset on the mental balance sheet, not a liability. Remember, the Chief is often breaking with convention to let you work less. Chiseling the practice on the terms of the deal just might get her to change her mind.

When I first joined my group in the mid-90’s, there was a part-time senior partner, a founding member of the group, who worked 50%, was paid 50% salary and bonus but 100% of benefits (health care, retirement plan, insurances, etc.). I calculated his compensation to be about 70%, and while he was a terrific practitioner and universally-adored person, to me this was disappointing for a supposed democratic private practice. It also caused some resentment from the other younger colleagues, too, and I vowed to not allow this sort of deal on my watch.

The benefits of going part-time are many: work is more enjoyable and less stressful. In addition to having more time for family, travel and hobbies, you have more time and enthusiasm to hone your craft. You will bring more energy and a better disposition to work and can be the doc that you always thought you could for your final act.

In larger and more progressive practices, there are often multiple tracts for full-time, part-time, and even full-time plus positions. Still, most of us still have to manufacture and negotiate our part-time deals as one-offs. In that case, keep in mind that your being allowed to work part-time is a privilege, not an entitlement. Avoid doing things that make your full-time colleagues resent you lest you kill the deal. Instead, do what you can to make their jobs easier. Be flexible with your scheduling when possible. Continue to learn and adapt. With thoughtful navigation of the process, you can work on your part-time terms while remaining a valued contributor to the practice and have a relationship that no one will want to see end.

As you can see, Vagabond MD is the Austin Powers of guest bloggers among physician finance blogs: Women want him and men want to be him. Or rather, all sexes wish we could write like him. You can find him on twitter @3EyeRadiologist and at purveyors of fine blogs everywhere.