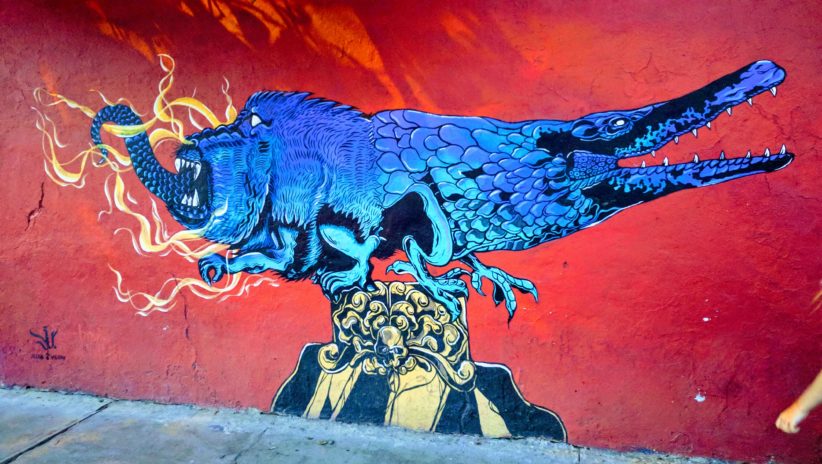 I graduated high school in the early 90s. Depending on your yardstick, I was too mathlete, too drama, too raised by parents who listened to Julio Iglesias, or too many other things to truly be immersed in the Wu Tang Clan during their heyday. The Tang of my childhood was associated with astronauts, not music.

Despite the odds, a couple of unlikely friends on the football team who enjoyed drinking and loud music insisted on introducing me to the charms of the Wu Tang Clan.

Thanks to their persistence, I could recently identify Method Man on a cameo appearance in an Amy Schumer video – the sort of freak occurrence that makes my wife believe I am on the bleeding edge of popular culture. Then again, she listens to Barry Manilow, so the bar is set artificially low.

I sat down at my laptop today to brainstorm blog ideas. Instead, I watched (for the umpteenth time) the brilliantly provocative video “This Is America” by Childish Gambino, who derived his performance name by using the Wu-Tang Clan name generator website.

Curious as to what name the Wu Tang Clan would confer, I paid the site a long overdue visit. Would music prove to be my elusive exit strategy from medicine?

I had my doubts going in, but when I entered my given name and was rechristened Profound Warlock, I have to admit it felt more than a little magical.

I then entered my nom de blog, finding that Crispy Doc had been transformed into Dynamic Lover. Now the site had my full endorsement.

On a lark  I entered the names of some of other physician finance bloggers and personalities to see if their Wu-Tang names might prove similarly robust. Here’s what happened.

The White Coat Investor became Violent Observer (Jim certainly expresses strong opinions, but this seems excessive, and I’ve always felt the wholesome image he projects is completely genuine. Maybe this works if what he observes is the violence fellow physicians inflict on their own portfolios.)

Physician 0n Fire became Violent Madman (Either the algorithm is simpler than I thought, or being a part of the WCI Network automatically bestows the adjective “Violent”. Alternate explanation: all that mid-western good cheer is repression hiding a monster within, in which case FinCon could be a nerd horror movie just waiting for an unemployed script writer.)

Passive income MD became X-cessive Artist (So much for my WCI Network theory of violence; perhaps the X-cessive refers to his income streams?)

Doctor of Finance MD became Mighty Destroyer (Of what? Other people’s excuses for not living within their means, perhaps.)

Gasem became Foolish Mastermind (This only makes sense if you stretch the interpretation so that we become the fools he’s trying to educate).

Vagabond MD became Dynamic Warrior (Oh most noble of interventional radiologists, Dynamic Warrior, I call on thee to drain this intrabdominal abscess with a steady hand under CT guidance! Or perhaps he forms a splinter rap group, Dynamic Warrior and the Hounsfield Unit.)

Loonie Doctor became Fearless Overlord (Which I’ll admit has a certain logic to it. If we can’t get our country’s act together, don’t be surprised if our super polite Fearless Overlords to the North become the Visigoths to our proverbial Rome.)

Side Hustle Scrubs became Tha Professional (A dignified name that now qualifies him to either open for 50 Cent or act in the next installment of the Ocean’s Eleven franchise.)

Dr. McFrugal became Mighty Leader (Might his mastery of finances make him the Kim Jong Un of anesthesiology, perhaps?)

Dr. Moneyblog became B-loved Artist (With a name like this, I imagine she will soon begin writing posts using Prince style abbreviations: Nothing Compares 2 Ur Multi-familE rental?)

Wall Street Physician became Phantom Wanderer (Reflecting his fugue state in his prior job as a trader at an investment bank until he found his true calling in medicine?)

Wealthy Doc became Wacko Pupil (Don’t let them dis you for your interest in all things finance! Ain’t nothing but a Roth IRA thing.)

Xrayvsn became Intellectual Dreamer (Fitting, as anyone who’s read either his excellent blog or a radiology report will attest.)

Mr. 1500 became Sarkastik Genius (I know, he’s not a physician, but this is precisely the sort of brilliant rap name that makes you keep playing with the name generator!)