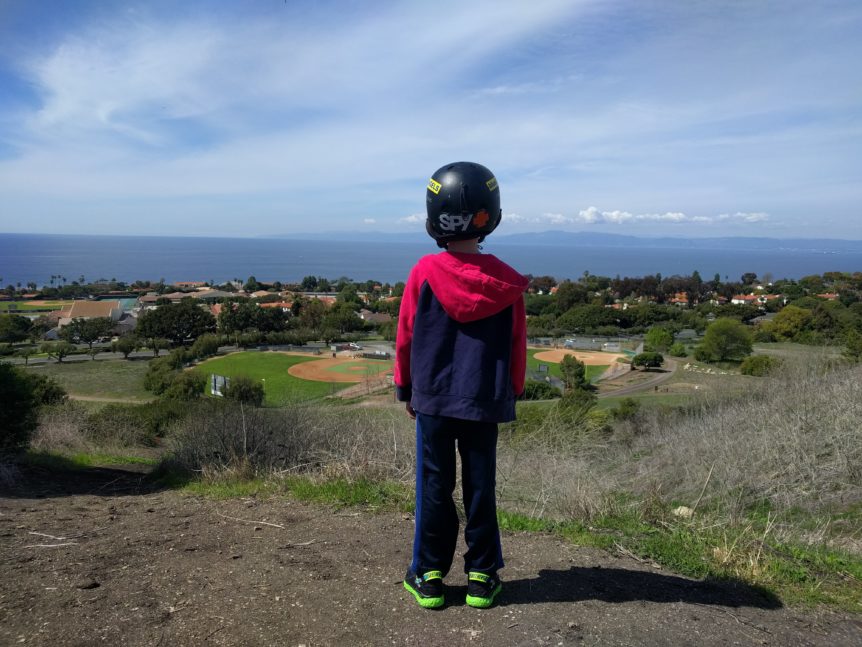 We spent this past weekend in San Francisco, at a friend of my wife’s 50th birthday party. He’s a sweet and thoughtful guy, and as part of the festivities we met up for lunch with a handful of my wife’s college friends and enjoyed a middle-aged version of “The Breakfast Club.” Accomplished professionals gathered around the table like a professional version of duck-duck-goose: physician-attorney-software engineer-academic-physician.

I genuinely enjoyed their company, and they made themselves vulnerable with honest appraisals of where they’re at in life. One person in particular caught my attention: let’s call him Unconstrained.

Unconstrained is brilliant, introverted, and has a track record of pursuing interests (both athletic and artistic) with zeal until he develops deep expertise. He lives to learn.

Unconstrained is the type of friend to correspond readily with my wife over the years, to maintain a close friendship despite the distance, and to give considerable mental energy to his friends’ transformations. We’ve enjoyed some great conversations since I began openly pursuing FIRE, and he’s encouraged us even while admitting certain changes we make are not for him. He also travels extensively, taking deep dives to research the history of the places he visits.

His collegiate record is that of a serial degree seeker. He’s got a bachelor’s degree, 2 master’s degrees in distinct fields, a Ph.D, and is currently on perhaps his second postdoctoral fellowship. His very impressive pedigree includes multiple institutions with internationally respected reputations.

Despite his numerous accomplishments, he admits he is uncommitted to a life in the ivory tower. He applied for academic positions halfheartedly at the behest of his thesis advisor, but (unsurprisingly, given his lack of enthusiasm) did not receive job offers. He acknowledges that he does not want to teach, and at heart does not really want a job. He’s enjoying organizing his thoughts and primary research into the outline for book he’s not completely certain he wants to write, seemingly more interested in process than product.

As befits an academic nomad, he’s resided in five cities in Europe and the U.S. over the past decade. This has broadened his experience even as it cut short his social ties – it’s hard to plant roots as a transient. There have been romantic relationships, but they did not endure.

Now for the kicker: Unconstrained has a trust fund, which assuming current spending will likely be able to sustain him for life. This brings up a chicken and egg question. He has no spouse or partner, no kids, no career obligations. He doesn’t want a job in the fields in which he’s developed expertise, and doesn’t need to get one.

Part of me wants to say that he embodies many of the objectives of the FIRE movement: He’s a lifetime student who pursues his interests with ferocious intensity for the love of learning, but doesn’t have to make compromises and trade his time for money. He has eliminated aggravations from his life in a way most of us only dream of doing. He follows his curiosity, and it’s taken him to interesting places.

Part of me feels like he may also be the victim of infinite choice. His responsibilities are minimal. Does he live a life to be envied in its comfort, or a profoundly sheltered life in a bubble that suffers from decision paralysis? Since he theoretically never has to decide (on a career track, a partner, a geographic location), is he choosing not to choose? Is his indecision really just an implicit (rather than explicit) choice to keep things simple, or could he be accused of remaining in a state of arrested development by avoiding many of the challenges of adult experience?

Lacking responsibility for others (his parents and siblings live independent lives that seldom intersect with his) means he is not called on to make personal sacrifice or compromise. Is a life without compromise enviable, or incomplete?

Work is for suckers, and Unconstrained does not need or want a job. Does a life never having held one mean he’s enjoying complete freedom, or does the inability to relate to the average working Joe mean he fundamentally lacks an important shared experience that might create barriers in relating to others? Is he luckier in that he just got to check out earlier than the rest of us? In another century, might he have been a monk hidden away at a monastic library pursuing learning in quiet solitude?

It’s an interesting thought exercise. My experience of this friend is that he comes across as sincere, thoughtful, engaged and extremely warm. I like him and we are able to skip small talk and cut to big ideas when we speak, which is admittedly infrequent. The jury’s still out: is he fortunate, a victim of his fortune, or both?