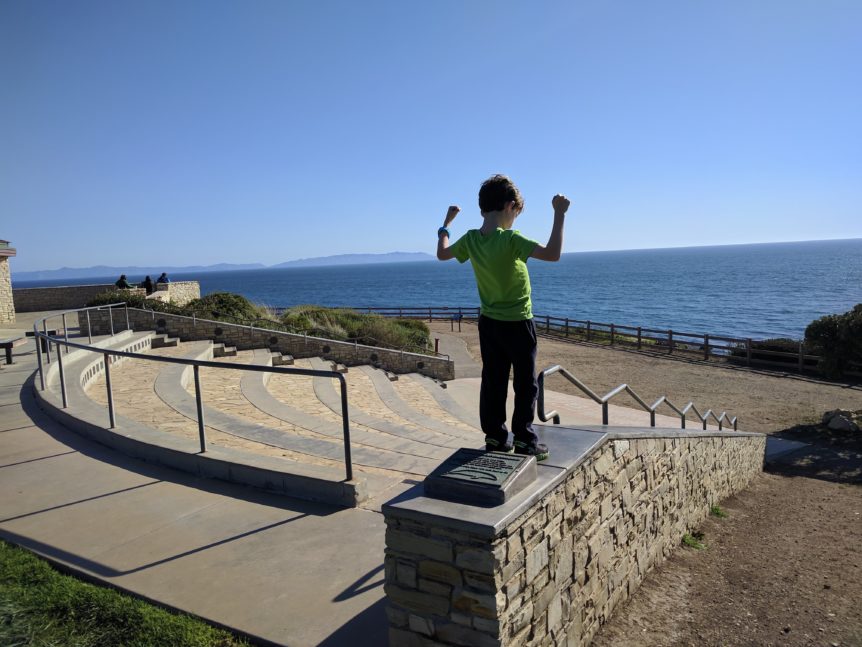 My eight year old son and I were lounging on the sofa with a few minutes to spare before piano lessons commenced. Sun was streaming through windows overlooking the Pacific, warming the exposed bare skin on our arms. We were at opposite ends of the sofa, playing that game where we plant the soles of our bare feet against one another’s and attempt to “foot wrestle” the other into submission. Out of boredom, I asked him what he thought he wanted to be when he grew up.

“I don’t know…an engineer? Or someone who builds houses? And yes, I know it’s different than building with legos.”

In a moment that was as heartbreaking as it was poignant, he followed this statement up by tentatively asking me, “Unless you want me to be a doctor?”

It’s frightening how much power we have to screw up our kids by suggesting they live out our dreams instead of their own. I reassured him he should only be a doctor if he wanted to do it, not to please me. I wanted him to find something he enjoyed and pursue it, because he would spend many years studying and working, and he had to make sure his work was something he could do for a long time.

What happened next caught me off guard. He asked me how much money an engineer makes. We proceeded to google salaries for different careers. Here’s what google quoted us in our highly unscientific search:

Eight year old boys enjoy peppering their speech with funny words that they can’t help but mention (and collapse laughing over) in any given conversation. Having fortunately survived the era of farts and poop, we are currently in the stage where my son finds anything having to do with chickens to be hysterically funny. Hence he asked me to look up chicken farmer.

There were a few interesting teachable moments from this exercise.  First, kids are even more exquisitely attuned to parental judgments than I’d thought, and (at least as preteens) seek parental approval for their decisions.

Second, the fact that my son asked about incomes could be construed as a positive or a negative. A positive in the sense that I do think it should be one of many factors used to ultimately decide on a career. Physician on Fire recently reviewed a book by Jonathan Clements, the well-regarded former WSJ columnist, and quoted Clements as counseling college students not to follow their dreams, but to instead consider less interesting but higher-paying jobs that allow them to save and invest aggressively.

Sure, if I’d pursued journalism at precisely the moment it was disrupted by the internet and suffered tremendous decline, I might be sufficiently embittered to advise young people similarly, but let’s avoid the cheap shot and give the good Mr. Clements the benefit of the doubt. Decisions grounded in reality are likely to yield more practical results – otherwise we’d all have majored in film, right?

Asking about salaries could be a negative in that you don’t want to suppress a child’s dreams. Using income as a reason to cut off potential interests at an early age seems at least a little vulgar (although if you think talking about money with children is vulgar, bad news pal: I’m Lenny f***ing Bruce).

A third point that amused my son to no end was that chicken farmers earn more than teachers. After his giggles subsided and he promised he would not share this news with his teacher to avoid hurting her feelings, we both indulged some heartfelt outrage that our society values the contributions of teachers so inadequately. (Disclosure: my mother was a public school kindergarten teacher for 37 years, and my father’s encore career has been as a junior high and high school substitute teacher).

After salaries, my son turned the conversation to how much a house costs where we live. This seemed like a natural extension of the discussion since I avoided telling him how much our home was worth, but a quick google search for median home prices in our zip code indirectly provided him virtually the same answer. It was an eye opener.

I’ve written about having a similar conversation with my then nine year old daughter, the would-be artist, and the interesting discussion it brought to the surface.

Do you talk with your kids (nieces, nephews, or perfect strangers’ kids) about the link between career choice and income?  Does it make you more uncomfortable than the kid?