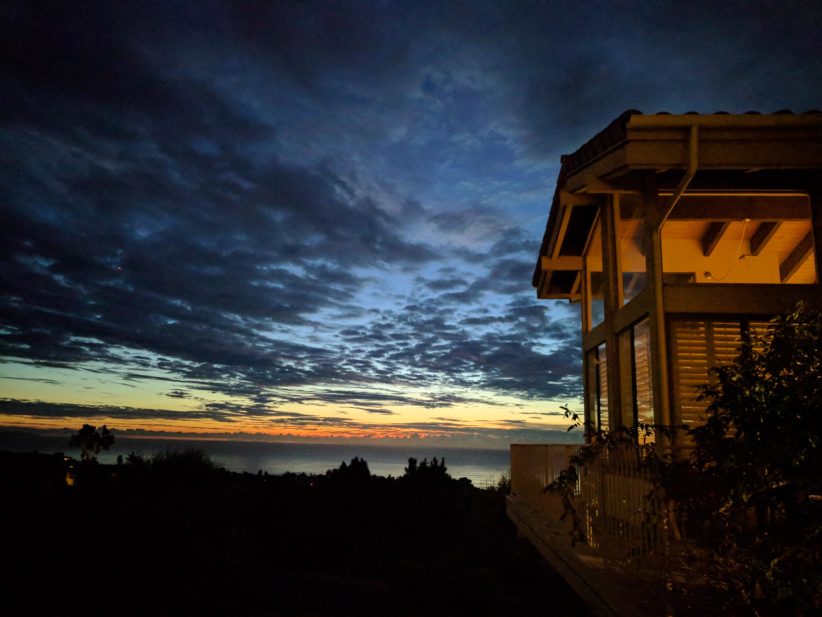 As part of my journey, I’m learning about entrepreneurship with this blog and selectively establishing relationships with folks I trust. Today I’d like to help you understand why I chose to partner with Student Loan Planner by giving you some background on Travis, the company founder. His origin story is a financial literacy fairy tale for our times.

(As an affiliate, if you sign up for his services through a link on my site, I receive a commission at no additional cost to you. I’ve learned from Chief Mom Officer that I have to reveal this by law, even though it seems obvious.) 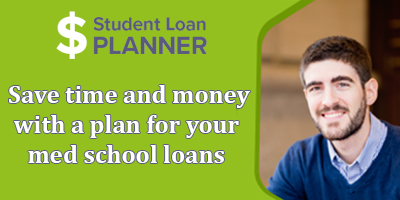 Odds are you’ve seen Travis’ well-trimmed beard and boy band good looks staring out at you from the pages of other physician finance blogs. He looks like the Sixth Maroon. He’s developed relationships with scores of physician bloggers over the years. He and I are not exclusive.

I choose to be part of his physician harem for a reason: I identify with his story and his ethics.

I met Travis briefly at FinCon18. Later, I learned his origin story on the Bigger Pockets Money podcast, and I came to admire him. Travis was a boy with dream. Turns out his dream was similar to mine, only he had his act and his aspirations together at a far earlier age.

He was raised by financially savvy parents of middle class means in a tax free state. They conferred on him the gift of prepaid in-state tuition, and he took that advantage and ran with it by pushing his academic abilities, work ethic and foresight to cobble together an impressive array of scholarships that allowed him to graduate college debt free.

One scholarship he landed allowed him to travel abroad over the summer – he had the great fortune to catch the travel bug early, and on someone else’s dime. By the time he graduated college, with part-time work, he already had a positive net worth of $40k. By now it would not surprise you to learn he was a Boglehead as a college student!

Our Boglehead dreamed of working for Jack

He’d stumbled onto the concept of low cost, passive index fund investing pioneered by Jack Bogle at Vanguard, and was overcome with the feelings of warmth and goodwill that come from finding unanticipated ethical behavior by a big financial institution that restores your faith in your fellow humans.

Prior to graduation, he posted his interest in working for Vanguard on the Bogleheads Forum and oddly enough, this led to an eventual job offer at Vanguard. It was a finance geek Cinderella story. He house hacked his first rental with four roommates and saved 80% of his first year’s take home pay. He spent a few years working for the good guys of finance, living frugally and saving a boatload of money.

It looked great on paper, except he was not a good fit for big corporate culture.

He had big ideas, but realized as the entry level guy he’d have to grind it out several years to make a promotion to lower management and then pay dues to make it up to middle management. He wasn’t satisfied being the assistant to the regional manager.

He sought adventure and opportunity. He’d also by this point discovered Mr. Money Mustache and the concept of Financial Independence, and although he wasn’t FI, he’d saved aggressively enough to be able to afford a long and leisurely sabbatical.

So he traveled the world.

A super cheap airline ticket to another country was the attractive nuisance that prompted action. He quit his job and spent a long time traveling through Europe and Latin America, wandering the world like a younger David Carradine in Kung Fu (for those who remember the 1970s show), and with a youngster’s full head of hair.

It was the perfect plan, but there was a hitch. He met a girl.

A girl who would one day become his wife. Did I mention he met her just before the trip? And that she was a med student? And that she eventually asked him to choose between his nomadic lifestyle and their relationship?

Crap. Timing is everything.

The girl was great. But also a surgeon in training. That meant geographic tethering to wherever her road might lead.

He chose the girl.

Travis strutted in like a proud rooster to ask her father’s blessing. Her dad was Chinese, from Hong Kong. Future father-in-law was not impressed.

Not so fast, Romeo.

Her dad knew different math. Assets get spent down. Income supports a spouse. Future father-in-law wanted a less deadbeat seeming match for his daughter. Like all good fairy tales, our hero had to prove his worthiness.

Travis felt intense pressure. He could go back to his cubicle, earn a respectable income, and obtain future father-in-law’s blessing without much effort. This path was easy but wrong.

Alternately, he could take a risk and start his own business. In fact, he’d stumbled into a potential venture through his love for the girl. When they sat down and had the big money talk that all couples should have before deciding on a future filing jointly, he saw big debt numbers that were going to suddenly be added to a shared balance sheet.

Those years of excel skills as a bond trader at Vanguard kicked into high gear, and he systematically explored every avenue of student loan repayment available to his future wife to collectively save them the most money possible among the dizzying range of options.

Her doctor friends saw his magical debt repayment spreadsheet and asked if they could run their numbers with it, and he obliged. It went viral.

Soon friends with college debt were hitting him up to run their scenarios and see which debt repayment option made the most sense for them. Eventually his would-be wife suggested he start charging a fair price for this service that few offered but so many appreciated, and Student Loan Planner was born.

Because he had lived like a student for so long, he had a runway of savings to live off of while the business got off the ground. A few good months after launching, he took the profit and loss statements to future father-in-law, and he secured the blessing.

Travis is one of the sharper tools in the finance shed, with years of experience navigating complex regulations in order to figure out the best student loan repayment plan for his individual clients.

He’s built Student Loan Planner into what he hopes will become known as the Vanguard of its niche – doing the right thing, at a reasonable price, on behalf of clients who will evangelize his business to others based on their positive experience.

I believe that he understands doctors for having married one and inherited her educational debts – he knows this business the way only someone with skin in the game can appreciate it.

I admire him for his entrepreneurship and unwillingness to take the easy route back to a vanilla cubicle life that was by all accounts a bad fit.

But I relate to him as a human being with a story I deeply connect to: Finance geek. Boglehead. Vanguard employee. World traveler. FIRE walker. Hopeless romantic. Redeemed deadbeat in the eyes demanding in-laws.

If you’re considering using a professional service to choose the optimal way to refinance (or forgive) your loans, consider Travis and his colleagues at Student Loan Planner. And if you’ve found this site to be a helpful guide on your journey, I’d be grateful if you’d consider using my affiliate link to do so.