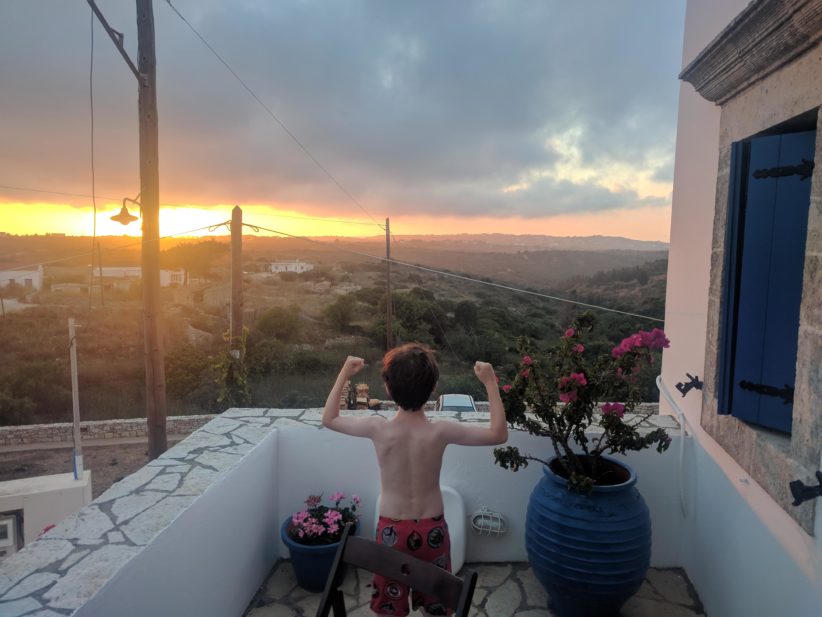 Alternate Title: Carolina In My Mind

This weekend was spent in North Carolina strengthening ties with people we love but see less often than we’d like. BT is one of those people.

He was not a typical emergency medicine resident

Most of us were single.

BT was married with a kid.

Most of us had family in California

BT was a southerner with a disarming drawl. On learning that fast-talking West coasters inevitably underestimated him for what they mistook as a speech impediment, he used it to great (often devastating) effect.

Most of us were wet behind the ears, and fresh out of med school.

BT had come to residency after active duty as a flight surgeon in the Air Force. I asked him why he’d enlisted, assuming the financial inducement had enticed him, but he surprised me with his answer: Where I come from, serving our country is just what you do.

All to say: I liked him immediately.

We’d not seen one another in over a decade.

On landing, we hopped in a Lyft and headed to a new Zimbabwean restaurant, Zweli’s, for Southern (African) comfort food. One taste of their chakalaka, and we were in heaven. If you pass through the Raleigh-Durham area, please consider a visit to support this one-of-a-kind dining experience.

BT and his wife had chosen the venue, and were there to greet us. I’d last seen him a few months after my wedding (which he’d attended).

A series of job and life changes had left us out of touch until I reached out through a common friend.

Within the first 15 minutes of our conversation, BT’s wife looked over at my wife and said: If you disguised the accents, I couldn’t tell if my husband or yours was doing the speaking.

Unbeknownst to us, our trajectories these past years had taken a common path.

We both came to realize that we needed greater control of our lives. BT’s journey had taken him into a remunerative community gig, followed by an academic path that resulted in a job he enjoyed requiring a commute he could barely tolerate.

When caring for aging parents began to demand more of his time, he took it as a sign that he needed to relocate back home. That move meant taking a financial hit to sell his home; he absorbed the blow and moved on.

He ultimately settled into a partnership track with a solid group of emergency physicians in his home state, but found himself unable to control his time and wearying of the physical toll that nights had taken. He was feeling burnt out, and his kids weren’t getting any younger.

He began to brainstorm how he might diversify his income streams.

He enrolled in courses on wound care and began staffing a local wound care clinic. He attended a SEAK conference and, much like Dr. Cory Fawcett has written about, it made him aware of many non-clinical pathways. He began to aggressively pursue quality reviews as a physician advisor, performing online reviews of admissions in his time outside of the ED.

He also began to learn about financial independence, teaching himself about DIY investing and stumbling across doctor blogs online whose stories inspired him.

BT: You heard of  this  fella Physician On Fire?

Me: Yeah, maybe once or twice.

Burnout led him to pursue financial independence, which empowered him to re-prioritize his work-life balance.

Once he’d created additional income streams, he decided he didn’t want or need to work nights any more. First, he tried to change his institution from within.

He built group consensus on a night shift premium, yet when he tried to avail himself of it, his group insisted they were not staffed sufficiently to implement it.

This led him to resign his partnership status. He knew his value. He had a plan B, a plan C…

He could do this because his group needed him more than he needed them.

He walked away, and they hired him back as a per diem physician. He works 8 shifts a month now: no nights, one weekend. The loss in income has been offset by the side hustles as well as a new job his hospital offered him as a physician advisor reviewing admissions.

He accepted the hospital job, but with two explicit provisions: One, he did not want a full-time office job. Two, he wanted complete control over his work schedule. He’d get the work done, but at his convenience and on his own schedule.

Thanks to his new position of strength, he set his own terms.

I thoroughly enjoyed catching up with BT. He looked good (Why shouldn’t he? He hadn’t worked a nigh shift in two years!).

We spoke at length about the shift  in priorities that prompted us to seek a more sustainable approach to practicing medicine.

A visit with an old friend is tonic for the soul. You immediately resume jabbering in that primitive language that few others still speak.

If you are lucky, you resume those big conversations about what what feeds you; what beats you down; what keeps you waking up excited with a sense of renewed purpose.

Renewed and nourishing friendships have been the most immediately tangible benefits of reallocating my time according to my priorities.

What gifts have you received as a byproduct of shifting your priorities?